Cross-linking of a crystalline thermoplastic polymer has, in general, two distinct effects. Firstly it interferes with molecular packing, reducing the level of crystallization, and consequently, the polymer has a lower modulus, hardness, and yield strength than the corresponding non-cross-linked material (An exception to this is irradiation cross-linking, as this is carried out after crystallization has occurred.). More importantly, because the network structure still exists above the crystalline melting temperature, the material retains a measure of strength, typical of a rubber material. While 60 °C is the typical maximum service temperature for HDPE pressure pipe applications, cross-linked PE (usually indicated as PEX) can withstand service temperatures of at least 82 °C and sometimes as high as 93°C depending on the starting density, degree of cross-linking, and type of cross-linking. PEX pipes are also tested to ensure that short-term exposure to a temperature of 99 °C could be tolerated. 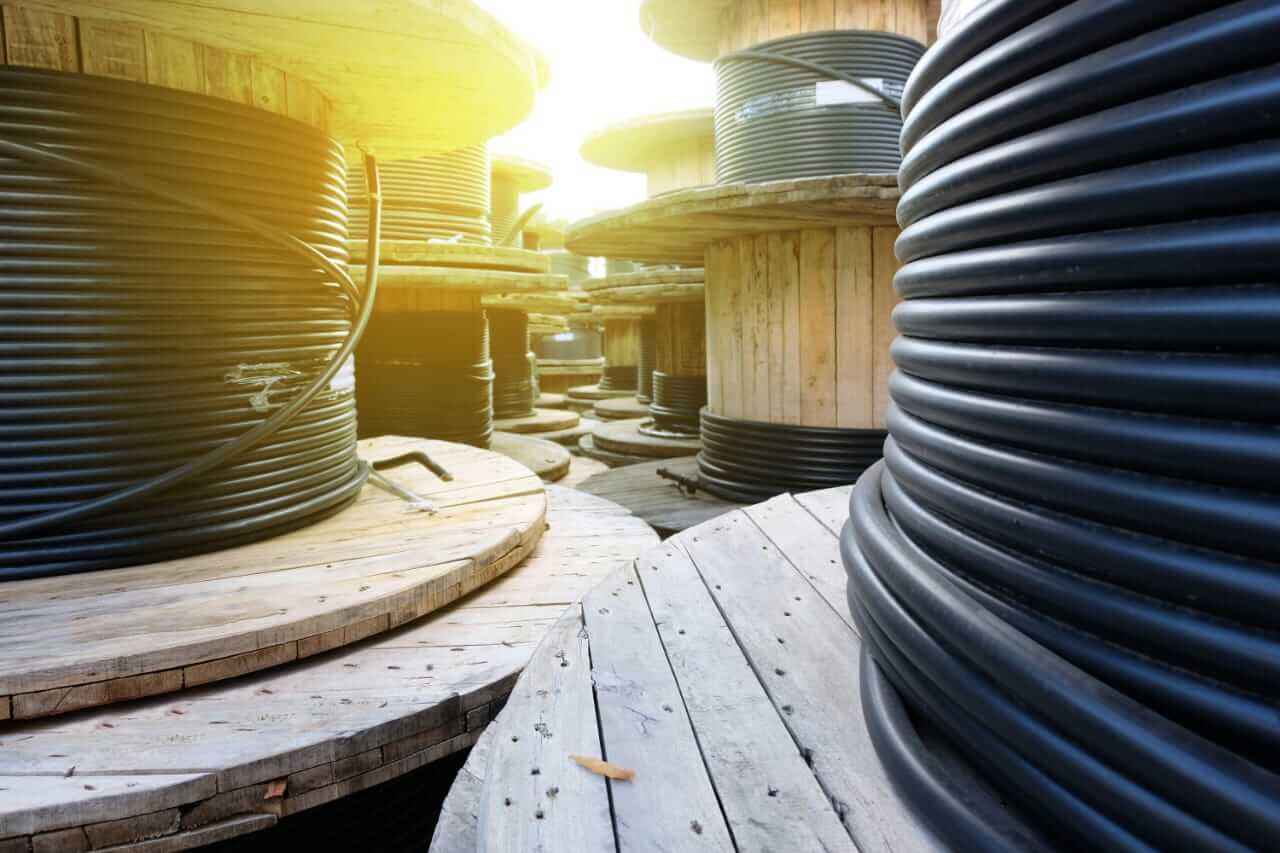 It ﬁnds application in pipes and tubing, for example; drinkable cold- and hot water distribution and natural gas distribution.

Radiation cross-linking requires special equipment and protective measures. The technique is being used commercially and is most suitable with thin sections. It has found considerable use in medical applications, as it has been shown that it is possible to improve the wear resistance of UHMWPE by irradiation. Equipment requirements for peroxide curing are somewhat simpler but the method requires close control. At elevated temperatures the peroxide molecules break up, producing free radicals. These radicals abstract hydrogen randomly from the polymer chain to produce a polymer-free radical. In the case of PE, the most likely reaction is that two radicals will combine and thus cross-link two chains but other reactions may lead to chain scission. It is important that the peroxide be sufﬁciently stable thermally to withstand compounding and shaping operations without degradation to avoid premature cross-linking. Dicumyl peroxide is frequently used for LDPE, but more stable peroxides are necessary for higher-density materials. For cable covering, high production rates require high curing temperatures in the absence of oxygen and this normally involves the use of high-pressure steam in a long curing tube set into the extrusion line. Large amounts of carbon black may be incorporated into PE that is to be cross-linked. The carbon black is believed to take part in the cross-linking process and the compounded product has superior mechanical properties in many respects to the unﬁlled material. It is also to be noted that copolymers of ethylene with small amounts of vinyl acetate are often preferred for peroxide cross-linking. The third process for cross-linking involves the use of silanes. The ﬁrst stage of this involves the grafting of an easily hydrolyzable trialkoxyvinylsilane onto the PE chain, the site activation having been achieved with the aid of a small amount of peroxide. The compound is then exposed to hot water, or, more commonly, low-pressure steam. The water hydrolyzes the alkoxy groups, which then condense to form a siloxane cross-link. The cross-linking stage is facilitated by the use of a cross-linking catalyst, which is typically an organo-tin compound.