Importance of AOs and Stabilizers for Polyolefins

Polymers are heat-, shear-, and oxygen-sensitive materials, and exposure to the heat and shear of processing alone can cause chain scission—the breaking and shortening of molecular chains. Upon exposure to oxygen, auto-oxidation, or autoxidation, is initiated by the creation of free radicals (reactive molecular species with unpaired electrons). Autoxidation is a circular, self-propagating process that, unless interfered with by AOs, gradually leads to increasing degradation of the polymer. Degradation mechanisms are complex, and some are still not completely understood, although the property damaging effects of autoxidation are obvious. The effects of inadequate AO stabilization, creating degradation during processing, can show up long afterwards as defects, embrittlement, and lowered properties in the final product [3-3]. Polyolefins are susceptible to degradation by free radicals via breaking or cleavage of their polymeric chains (i.e., chain scission) or by cross-linking between chains. These reactions lead to changes in molecular weight, molecular weight distribution, mechanical properties, and appearance. Because of molecular structure differences, the tendency toward chain scission and reduced molecular weight is more pronounced in polypropylene (PP) than in polyethylene (PE), while cross-linking tends to predominate especially in unbranched types of PE [1-1, 3-4]. Molecular weight changes in the polymer and degradation also can create changes in the resin’s organoleptic properties (color, taste, and odor).

Autoxidation via free radicals can be initiated and driven by heat plus mechanical stress, metal catalyst residues, and radiation—conditions faced to differing degrees during resin production, compounding, processing, and throughout the lifetime of the product. In the presence of oxygen, autoxidation proceeds through a series of initiation, propagation, and branching chain reactions, graphically illustrated in the following figure and summarized as follows: 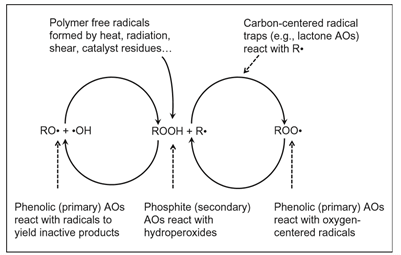 AOs interfere with the propagation of free-radical reactions that break polymer chains, slowing down or nearly stopping these reactions like a brake in an

automobile. Primary AOs do so by “scavenging” or consuming free radicals, while secondary AOs react with secondary hydroperoxide species created during autoxidation, preventing them from further degrading the polymer.

A primary AO stabilizes free radicals by donating a hydrogen atom, essentially “covering” the radical’s unpaired electron and making the chemical species once again stable. The AO, in return, becomes a radical. But because of its structure, it is more stable than other radicals and prevents the chain reaction of radical propagation from continuing (and eventually it may react with other free radicals to form completely stable chemical species). Primary AOs act similarly on the products of autoxidation, including radicals that have combined with additional oxygen atoms (alkoxy or peroxy radicals). 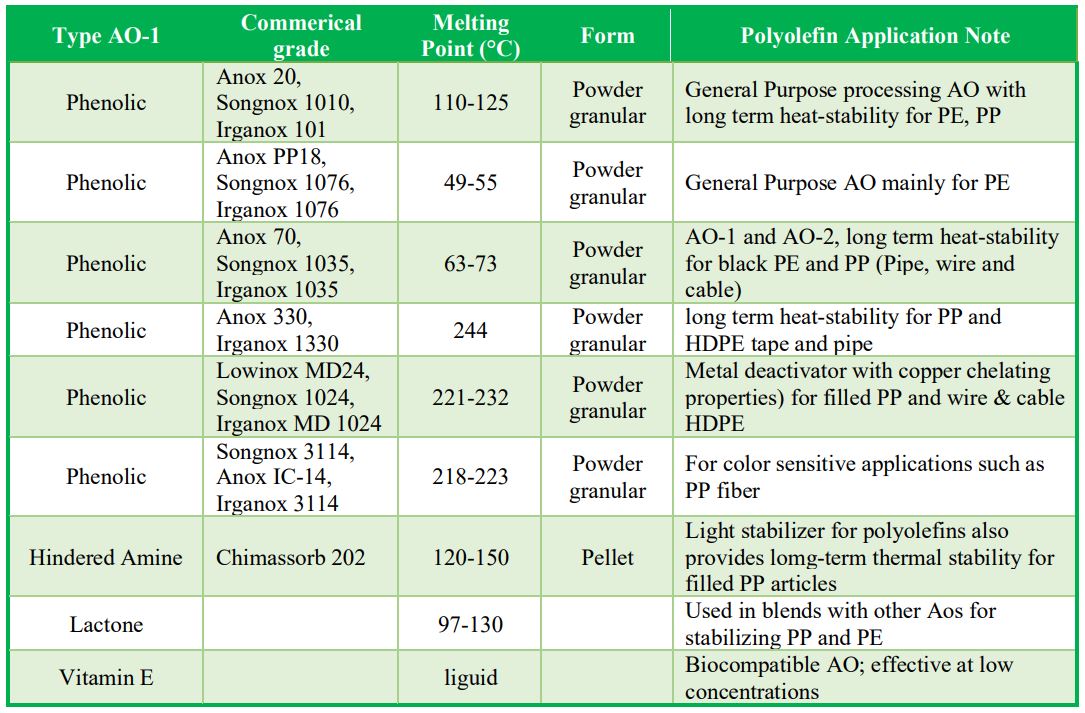 The propagating reaction of autoxidation creates hydroperoxides (ROOH), relatively unstable species which must be reduced by AOs into more stable alcohol (ROH) forms. Secondary AOs decompose these species by allowing themselves to becoming oxidized (taking the oxygen from the ROOH). Used in combination with primary AOs, secondary AOs are often referred to as “synergists,” because their interaction with primary AOs greatly enhances the protection the polymer receives. Secondary AOs become cost effective when they can lower the required amount of more expensive primary AOs. And some high-performance, phosphite-based secondary AOs have even been shown to maintain a resin’s color and melt flow properties in PP when used as the sole processing stabilizer—without any primary phenolic AO in the formulation. 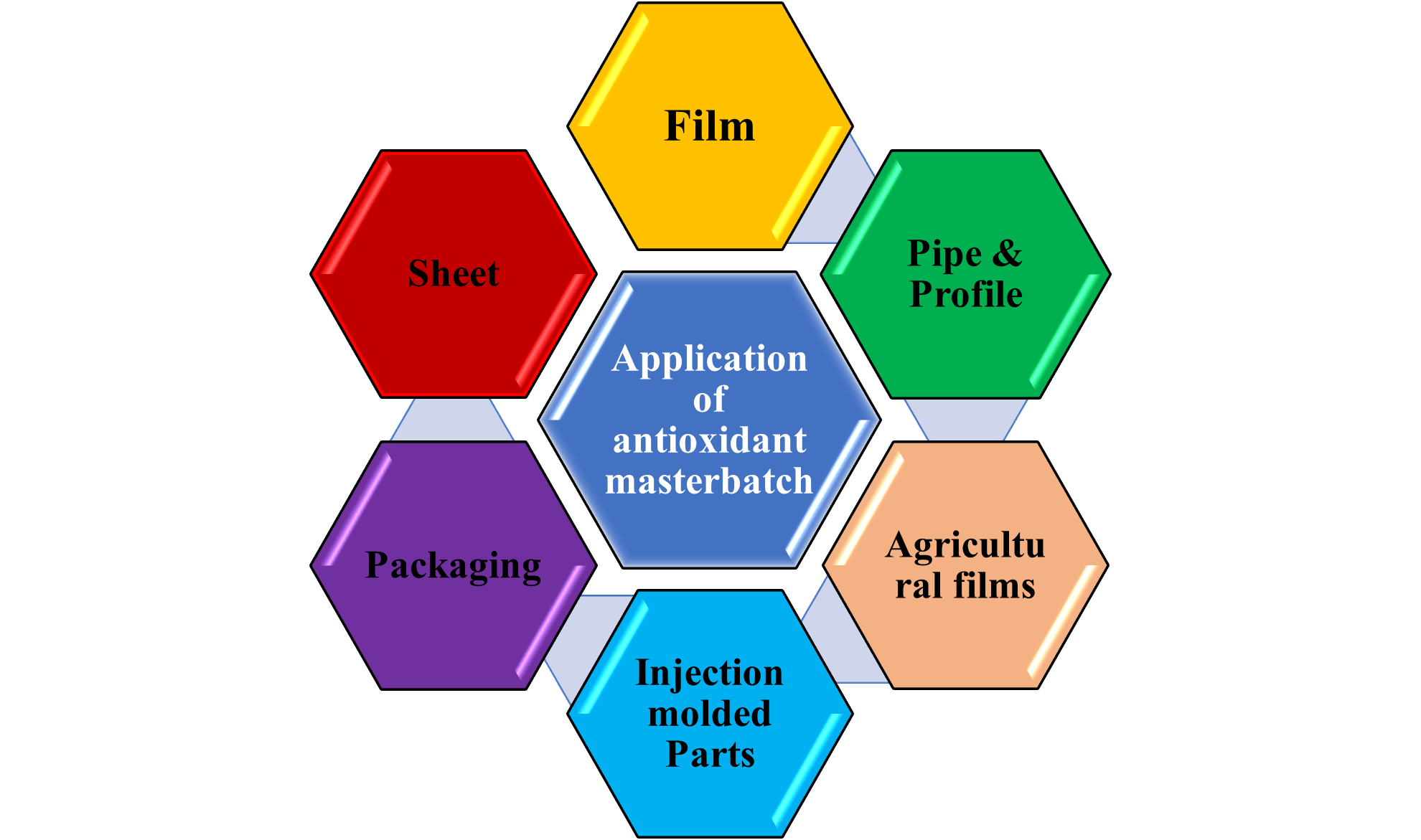