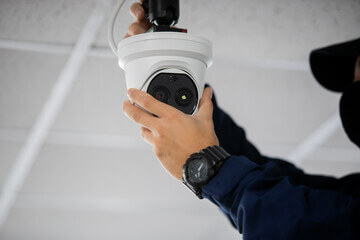 White pigments such as titanium dioxide (or titania) reflect and scatter all visible light wavelengths, making a pigmented product white and opaque. As the most used inorganic pigment by far and the most used colorant overall, titanium dioxide creates a dense whiteness in polymers at low cost when used in its rutile mineral form at an optimum 0.25-micron average particle size. TiO2 used in UV-exposed applications is commonly surface treated so that it is not reactive in the degradation processes of the polymer or with phenolic-based antioxidant additives. A coating may be composed of a layer of silica covered with a layer of alumina, which aids in dispersion and handling and is itself covered with an organic surface treatment creating wettability with the polymer. The silica in the coating helps suppress TiO2 catalyzing tendency in the production of free radicals when it is exposed to UV light. Moreover, by absorbing the near-UV light spectrum and blocking some UV radiation, titanium dioxide also imparts a degree of UV protection to the polymer. 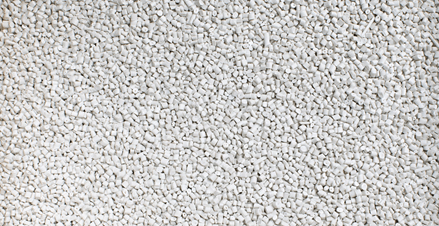 Anatase is used mainly in paper and elastomers: in thermosetting resin systems, it retards gel time and may prevent cure altogether. The pigment is extracted from crude ore, removing impurities such as iron oxide. There are two manufacturing processes:

Alternatively, other white pigments reflect some or all UV light; these include zinc sulfide (which absorbs some UV light) and barium sulfate (barytes or “blanc fixe,” which absorbs no UV light). These two pigments have lower refractive indices than rutile TiO2 (ZnS, 1.6; barytes, 2.4; and rutile, 2.7); this allows some flexibility for adjusting the shading or transparency of white resins. Moreover, ZnS, with its low Mohs hardness, is less damaging to glass fibers when used for pigmenting glass fiber-reinforced resins, in comparison with harder, abrasive TiO2. Other white pigments include antimony oxide (refractive index of 2.1-2.3), zinc oxide (index of 2.0), and the anatase form of TiO2 (2.5).

There are many industries that use white masterbatch. Some of the most commonly used industries are films with different thicknesses, food and pharmaceutical packaging, toys, sheets, cars, shoes, etc. Dan Polymer Company offers white Masterbatch with a combination of different percentages along with technical information for respectable manufacturers who are looking for white Masterbatch. You can contact our sales experts before buying white masterbatch.